Please respond to the store front here if you would like to buy.
This page contains my sales for: Japanese Figures such as Nendoroids, Figma, Cu-Poche etc. 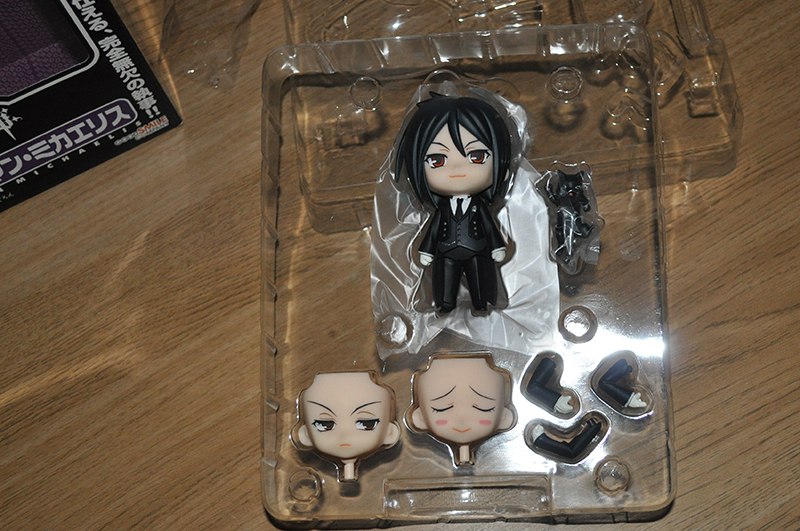 Nendoroid Black Butler Sebastian Michaelis - $65 [x]
Originally purchased on Yahoo!Japan. Previously displayed for around 3 months in a dimmed room. Box is a little worn from storage. Legit and comes with all his original pieces, as you can see in the pictures including the stand and cat (never removed from pack). I can't find the papers though. 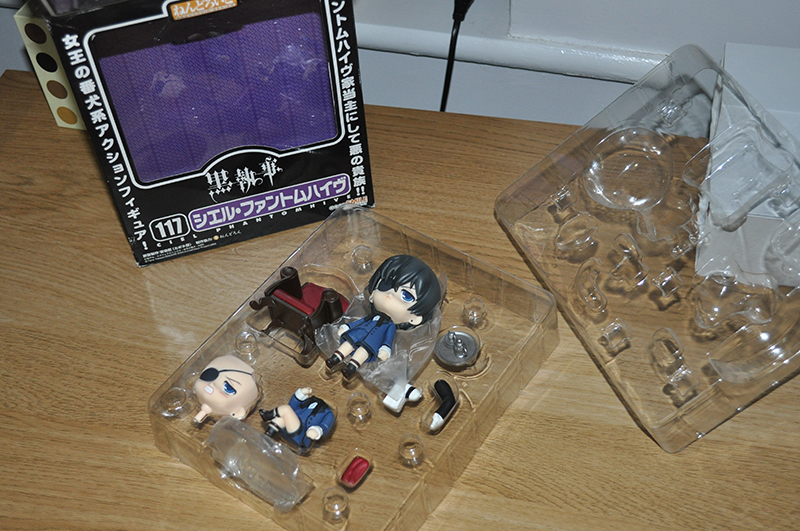 Nendoroid Black Butler Ciel Phantomhive - $65 USD [x] [x]
Originally purchased on Yahoo!Japan. Previously displayed in a dimmed room for around 3 months. Box is worn from storage and clear plastic is coming loose from the front. Legit and comes with all original pieces you can see in the picture, including the Sebastian pieces, butt pillow and stand. I believe I may have lost the papers though. 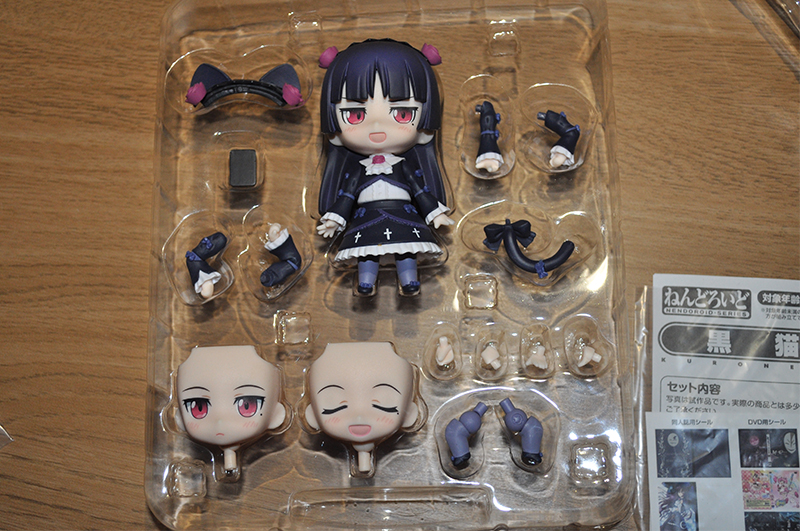 Nendoroid Ore no Imōto ga Konna ni Kawaii Wake ga Nai (Oreimo) Kuroneko / Ruri Gokou - $25 [x] [x] [x] [x]
Originally preordered from amiami. I displayed her for about 3 months in a dimmed room. She had an accident that ended up with one kitty ear being knocked off, but I carefully glued it back and you can no longer tell. Comes with all original pieces and stickers for the book which were never applied. Box in pretty good condition with minor shelf wear. 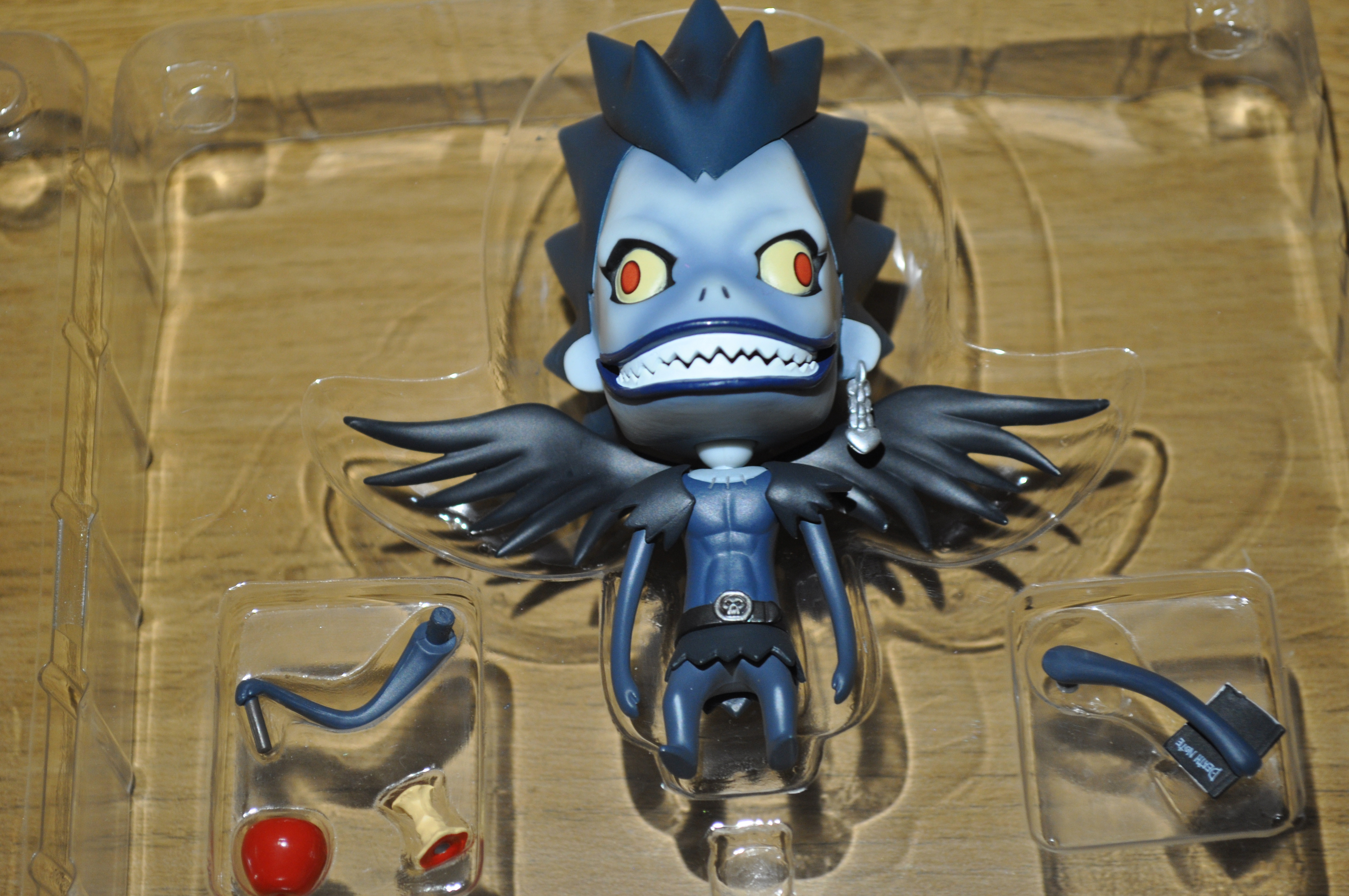 Nendoroid Death Note Ryuk - $60 [x] [x] [x]
Previously displayed in a dimmed room. Originally ordered from Hobby Link Japan. Comes with everything that came in the box. Box has minor shelf wear but is in pretty good condition. 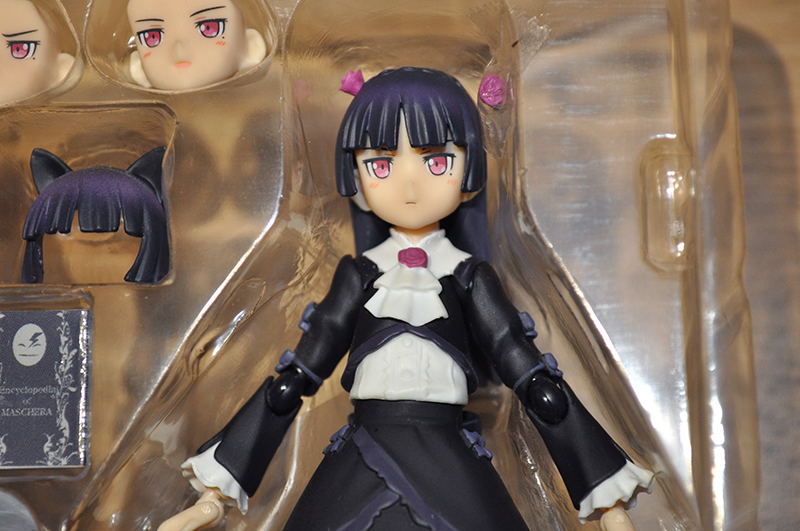 Figma Ore no Imōto ga Konna ni Kawaii Wake ga Nai (Oreimo) Kuroneko - $20 [x] [x] [x] [x]
Previously displayed in a dimmed room, purchased originally on amiami. This figure had an accident in assembly and one of her little roses broke off one of her hair bands. I have taped it lightly into the box so it doesn't get lost, I'm afraid my hands aren't steady enough to glue it back on myself. I've lowered the price to reflect this, although I know most people will use the kitty hairband anyway. Comes with all original parts as much as I can tell. Only very minor box wear.
Cu-Poche 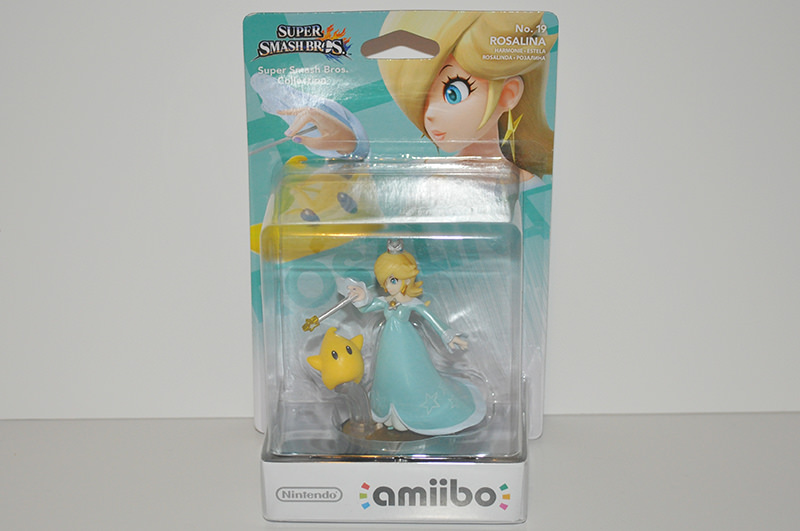 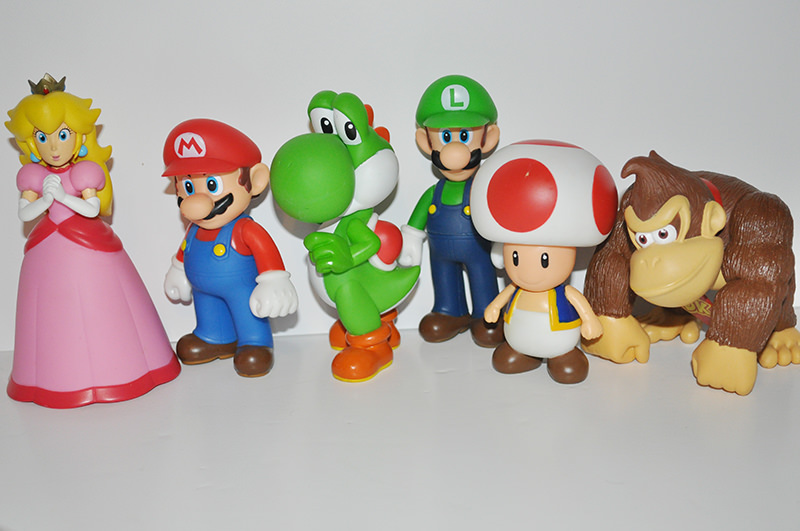 Nintendo x6 Figures Set - $18
Includes all six figures shown. Good condition, just briefly displayed, but as you can see from the pic, Toad has a slight paint rub on the front of his hat/head.
Subscribe
Comments for this post were disabled by the author